Room 7 have been discussing healthy eating habits including the importance of eating breakfast and choosing good "fuel" to provide good energy. As you can see by their faces they are feeling good about their learning. Some of our students may not be joining us onsite this week, but the learning continues both kanohi ki te kanohi and via distance learning! 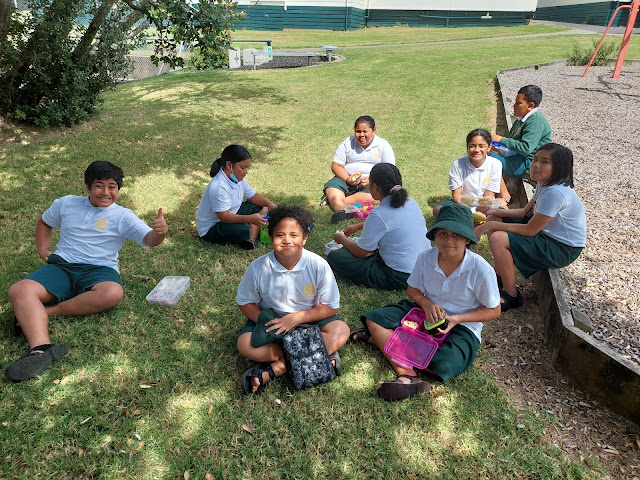 Posted by MrBell at 8:02 am No comments:

Room 7 have started exploring Cricket skills with the help of Coaches Brodie and Nick from Auckland Cricket as well as Coach Lucas from Kelly Sport. We're learning how to throw accurately and catch right now, but we can't wait until we can learn how to bat!

Here are a few videos from yesterday's coaching session

Despite the challenges Auckland is currently facing, the Manaiakalani Film Festival is finally here. Let's all enjoy the hard work of these talented akonga and their kaiako who have brought this Festival for us all to enjoy.

Posted by MrBell at 9:30 am No comments:

To explain our little Room 7 Challenge, Jamie said "We made puppets, because last lockdown one of our students went to school with some other school mates and did some challenges like 'Shiny Thursday' and 'Fun Socks Friday'. Our class wanted to try it too!"

Students were excited to attempt making puppets, but they initially felt a bit anxious with HOW to make them and WHAT to use. Room 7 have been learning, all year, about using questioning to help us understand things better and make decisions that will help us. With the help of YouTube and Google they found instructions, but some of them didn't have the right materials to make them. Thankfully their whanau were able to help these students and they improvised, using other materials.

Here is a screenshot of our Google Meet this morning. Didn't they do well?

Jamie, Nikita, April, Frances and Julio would like to tell you about this fantastic event:

Mister Bell added the link onto our daily timetable. Some of us were really excited to meet them and ask the Black Ferns questions. It was organised because September is the month of the Rugby World Cup. This huge sporting event is being held over thirteen different places across the United Kingdom. Everywhere, everyone is getting warmed up to watch it. Everyone mostly went to the eleven o’clock zoom meeting. It ended at eleven thirty three.

The Black Ferns who were at the Rugby Zoom Meeting were Eloise Blackwell, Vania Wolfgramm, Ruahei Demant, Liana Mikaele Tu’u, and Mai Kawana Aulani Roos. The questions that our class asked were, “What inspired you to join rugby?” “What dance moves do you know?” “What is your favourite smoothie?” I don’t think any of the Black Ferns answered our questions, but it is okay. The Black Ferns were talking about their culture, where they live, their hobbies, and what they like.

After the Zoom meetings, everyone was happy because the Black Ferns’ fans and supporters got to know more about some of the Black Ferns. Next time when this happens again, maybe most of the class will go to the zoom meeting! 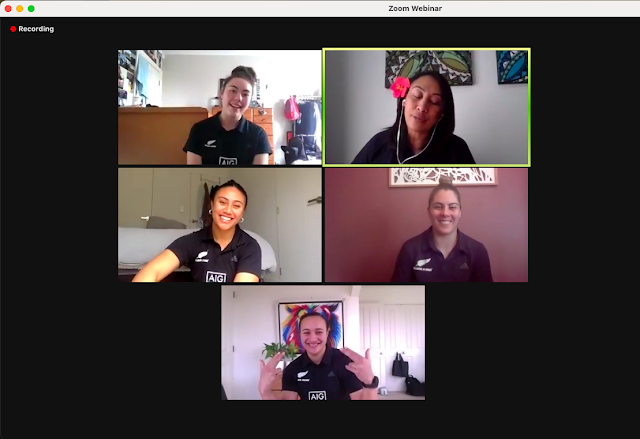 Safe And Sound In Lockdown

As we head into another 2 weeks of Distance Learning, Room 7 have decided to make our morning Meets more fun. We have all assembled to show our stuffed toys together and issue a challenge to other classes to show theirs during their next Google Meet... 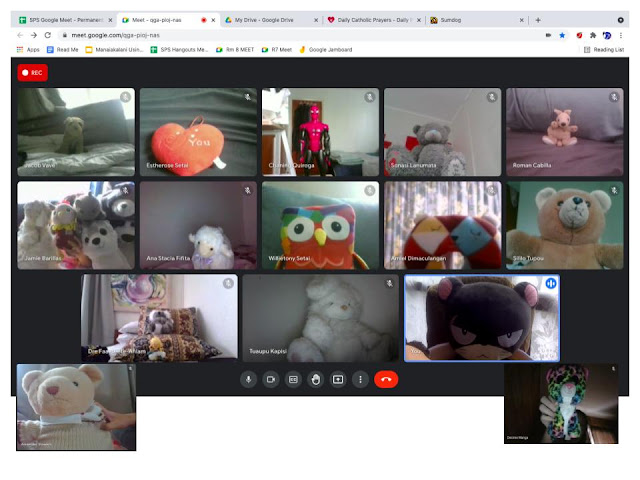 As part of our Science work, Room 7 have been studying our new class pets: Sea Monkeys.

We are learning to identify the features of our creatures and explain how these features help them to live in the water. MRS GREN has been helping us as well, to understand what criteria life must fit into.

At the beginning of last term we had 3 tiny creatures hatch but then they disappeared. Because we never saw anything moving in the water for the next week we assumed they must have died. This told us we were doing something wrong in how we cared for them. Our hypothesis was that our classroom was too cold for them, or that direct sunlight hurt them and they died.

By starting over with our tank in a different spot in the classroom, out of direct sunlight, we are finally seeing some good results as many have hatched and happily swim around the tank while Room 7 learn more about them.

We have learned that these creatures are brine shrimp, who like to live in warm conditions, eat algae and move using their feather-like fins on the sides of their bodies. One surprising discovery is that they actually don't look anything like monkeys at all!

Posted by MrBell at 7:44 am No comments: